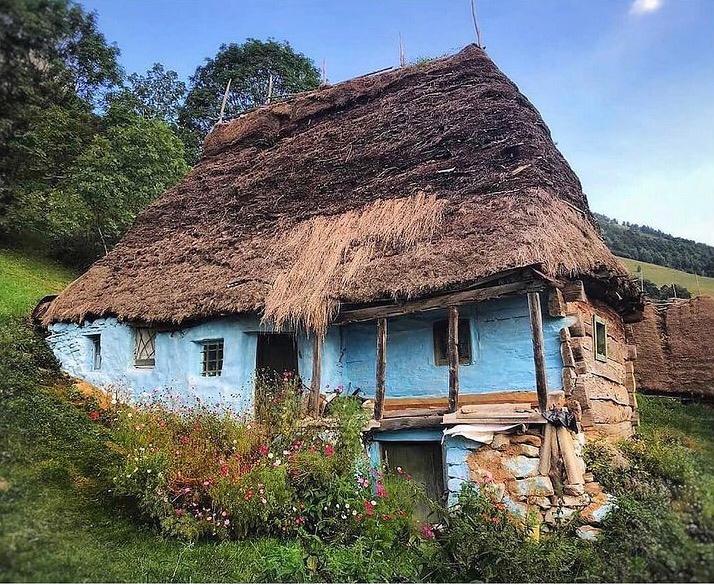 With a population of about 450 inhabitants, this village is part of the ten settlements that make up the town of Sălişte.

Sibiel, located on the lower course of the river of the same name, sheltered as a cauldron at the foot of the Cibin Mountains, appears for the first time in the documents of the time, in the fourth century, being certified documentary in 1384.

The village has continuously evolved throughout history, reaching today an emblematic village of reference in Mărginimea Sibiului, with thrifty people and proud to have managed to take abroad, Romanian traditions, habits and dishes.

A typical Romanian village, Sibiel retains a mixture of historical imprints, which give it a special air. The old, traditional houses, many of a bright blue, remind that they were raised by Saxon craftsmen. The houses have high, shingled roofs with beams joined in a triangle or trapezoid. Saxon craftsmen, brought from neighboring towns, also once, covered the streets with river stone.

In Sibiel, a series of crafts preserved from generation to generation have been preserved: blacksmithing, horseshoes, carpentry, woodworking, weaving, but also the preparation of apple and wine brandy or the baking of bread and sponge cake on the hearth. Agriculture, fruit growing and animal husbandry are also part of the daily routine of the villagers, but representative of the locality is the painting of icons on glass.

In Sibiel, agrotourism has been practiced since 1970, a period when Romanians did not even have the right to dream European. It all started on the initiative of a man with a big soul, the priest Zosim Oancea, who, after a long period spent in communist prisons, came to the parish of Sibiel in 1964 and remained here until his death, at the age of 94.

The idea to set up such a museum came to the priest Oancea while he was walking with the Epiphany through people’s houses. When he entered the rooms, he saw all the walls adorned with icons on the glass. This is how he started collecting icons, since 1969, at first, from the people of the village, then they were donated from other areas of the country. On these pieces of glass, the locals told their life.

It is said that in a recorded interview, priest Oancea told about the art of painting the icon on glass, which existed only in Transylvania, Bucovina and Banat.

Thus, icon by icon, the great work of art from Sibiel was built, which attracts a lot of tourists, eager to discover the beautiful exhibits from the “Sistine Chapel from Sibiel”.

Sibiel had long been visited by hundreds of tourists. Due to the lack of tourist reception structures, which offer tourists hot meals and accommodation, they only came on a day trip, which turned out to be a very short time to discover all the beauties of these beautiful surroundings.

Thus appeared the tourist guesthouses, with hospitable hosts, who always welcome you, in their traditional costumes, in black and white, elements that give the port elegance, sobriety, but also a special uniqueness as is the nature of the villagers.

Today, some locals have remodeled in the traditional style even the old houses of hundreds of years, to offer tourists the overall picture of the life of the Romanian peasant, a unique, authentic experience.

Visitors can taste the beauty of ancient customs by living with the villagers, the charm and deep mystery of the event or various religious rituals, discovering the beautiful culture and traditions of the region.

If you go for a walk in the village, you come across a small house by the road, made of wood. Inside, the walls are decorated with all kinds of traditional objects that arouse your curiosity, but the surprise is to discover the weighing. Here, in the past, the villagers weighed hay, various agricultural products, animals. This type of weighing is one of the few left in the country due to collectivization.

The locals have a holy respect for traditional goods and this can be seen in their care for places of significance to the village. The fire station on Râului Street is another example of preserving some goods that belong to the community.

Thus, the inventory of the shed includes old equipment, mostly from the end of the 19th century: hand pumps, horse-drawn tumults, water tanks and other “museum pieces”.

The blacksmith shop (covăcie, as it is called here), the last one in the village, has its gates always open for the curious, and the blacksmith Ion Petra greets you with his work apron, being happy and grateful when someone crosses his threshold.

In addition to raising animals, the villagers are known in the area as skilled fruit growers. I know how to take good care of a tree and graft good varieties. The first apple plantations in the area were made in 1862.

In the orchards in the Sibiel-Fântânele area, over 40 varieties of apple and 10 varieties of hair are still preserved. You pick a browned apple, then sit on the freshly mowed grass, what more could you want?

A traditional orchard is an increasingly rare place and differs from organized, industrial orchards. This type of orchard has rare trees of different varieties, so that the villagers can eat the fruit in stages.

The collection of icons on glass, along with the natural beauties, the geographical location, the traditions, the culture, the nature together with the simplicity and the hospitality of the villagers are just some of the treasures that this holy place, Sibiel, entices you.

If you are a lover of tradition, culture, history, nature, an experience spent in Sibiel will help you rediscover the nostalgic universe of the Roman peasant. 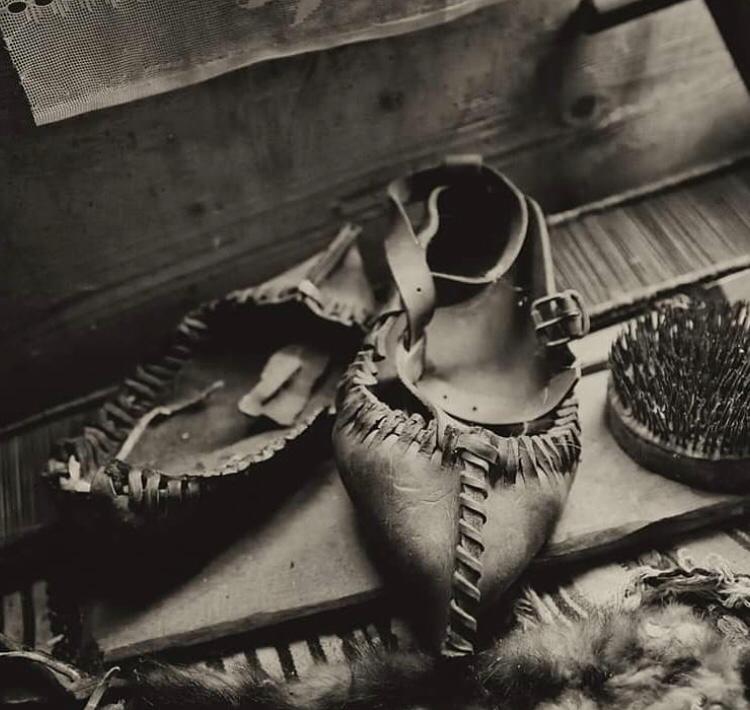 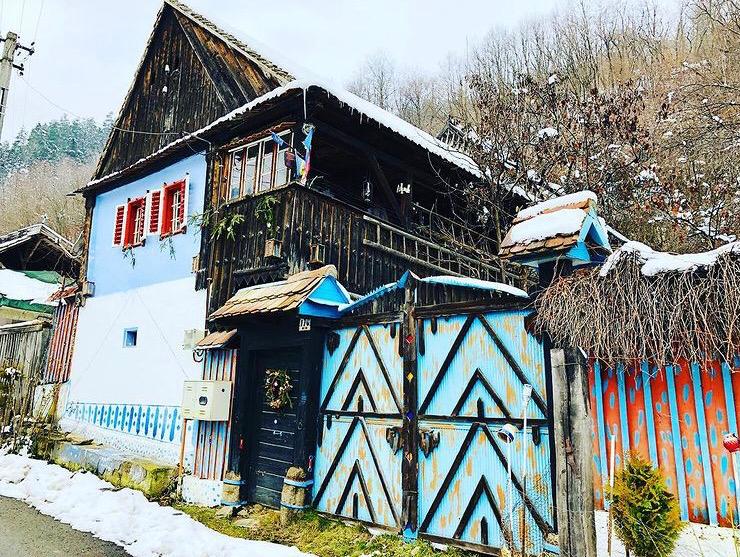 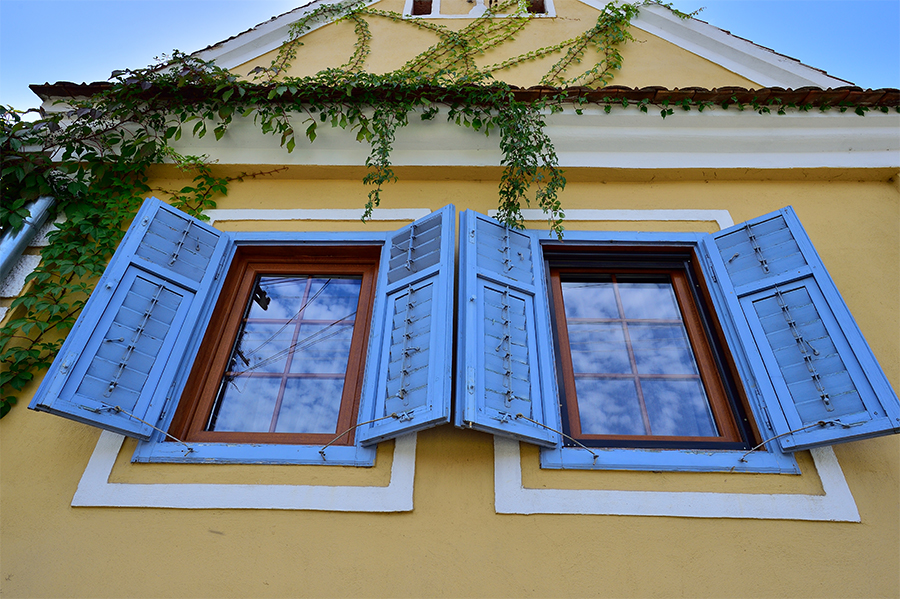 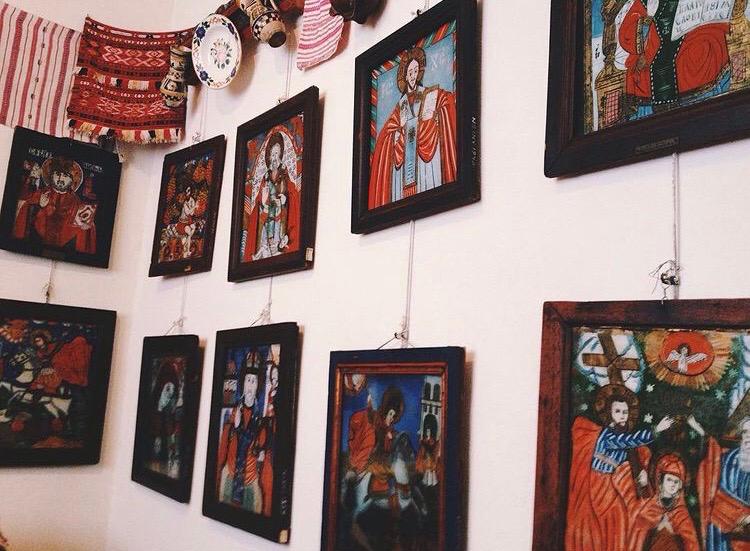 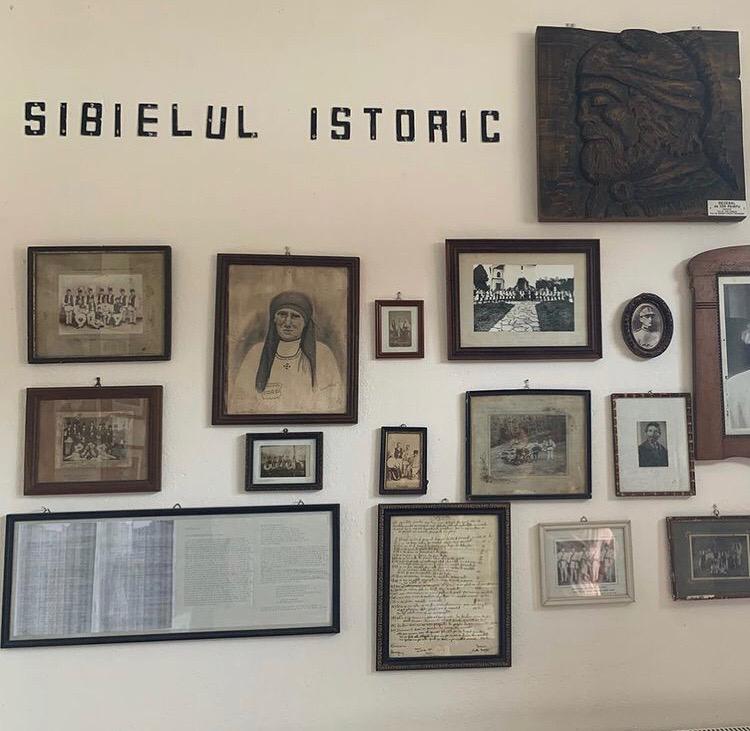 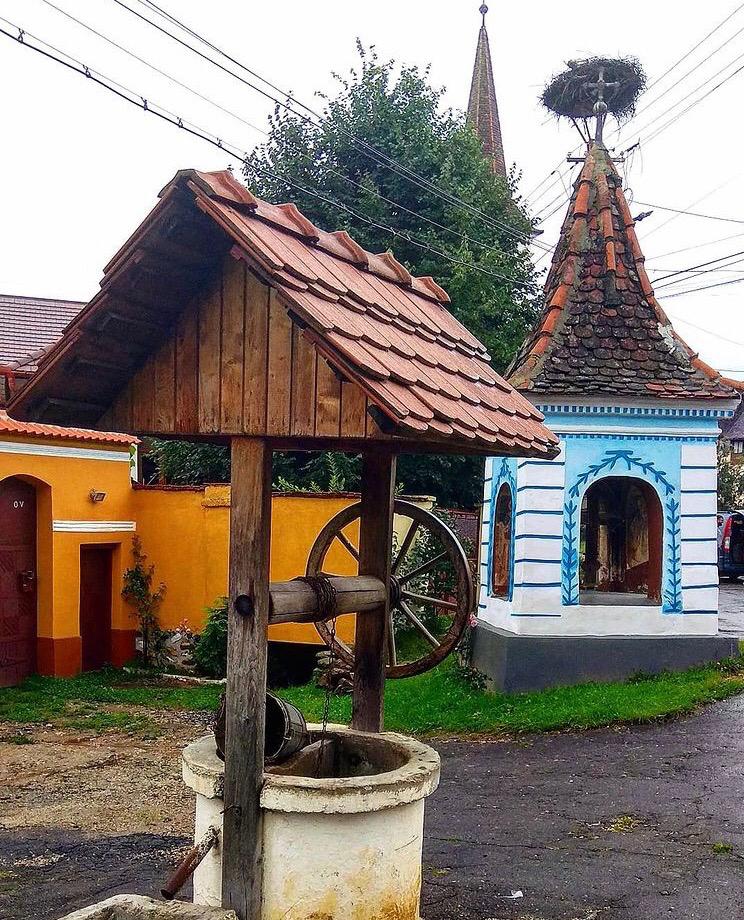 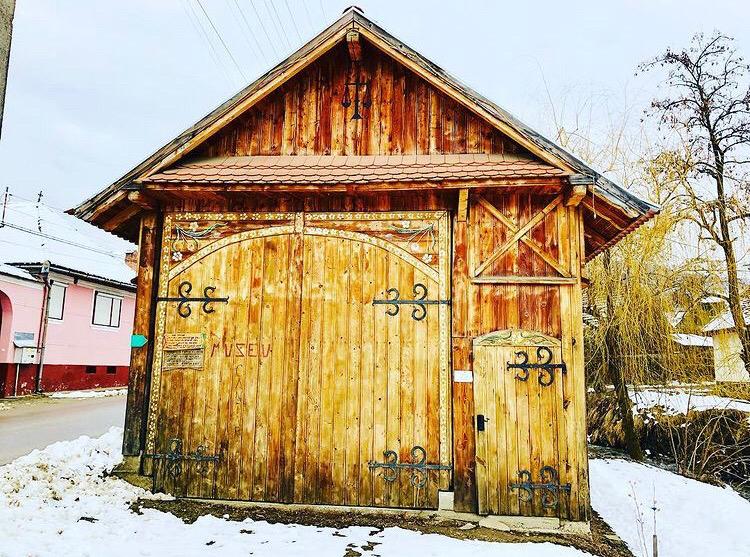 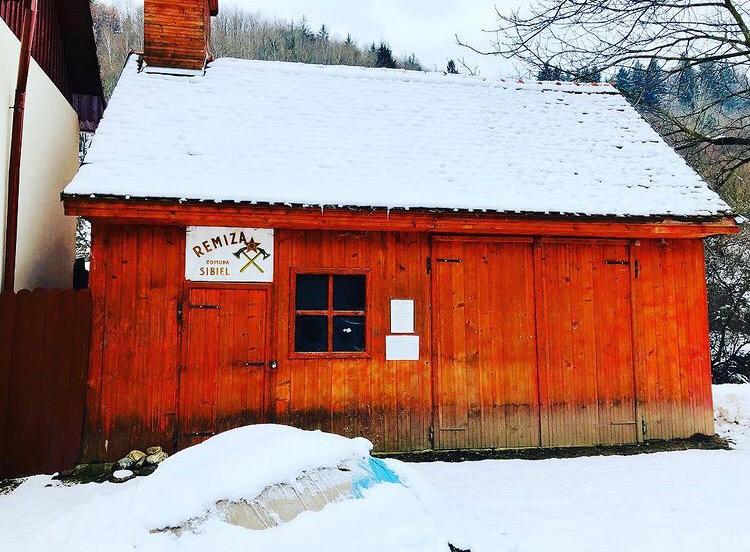 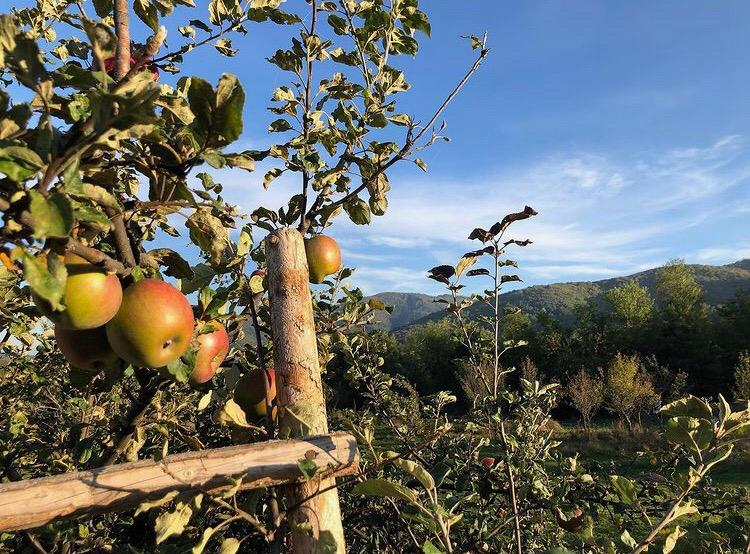 Until next time, enjoy your journey and be grateful !

Previous post Hotel of Ice, Romania – A unique destination in the realm of ice
Next post UNKNOWN LEGENDS FROM ORLAT, SIBIU, ROMANIA
error: Content is protected !!